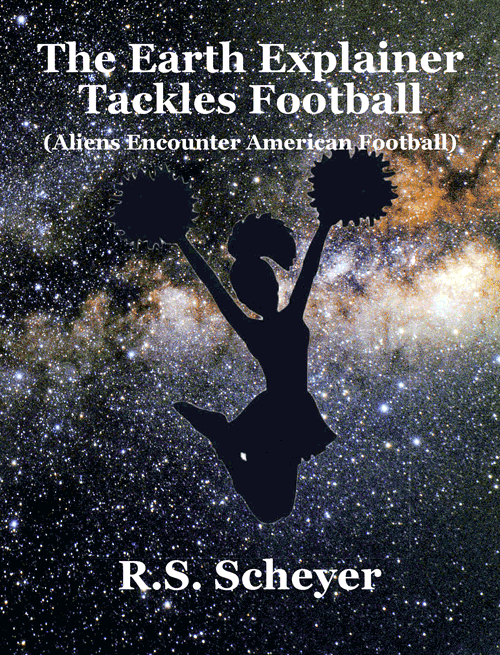 (We pick up the dialogue after a brief problem with the transmission between the home planet’s space base, known as Homeston, and their resident alien called Alley. Alien Alley is exploring the planet Earth, and reporting back to his planet, some light years away. They are experiencing problems with the audio and video transmission, but things are clearing up.)

HOMESTON: This is Homeston, Alley. We are finally getting things cleared up on this end. Can you read us?

ALLEY: Yes, Homeston, we have a problem. I mean besides the interference we are experiencing.

HOMESTON: Whoa, you think you got problems. We can just barely hear you and the video isn’t even working at all.

ALLEY: Yes, Homeston, reading you okay now. I’ve made it through the transponder alive and well, and, according to our calculations, have ended up on the blue orb, the third planet from the star Ramulden. If I am not mistaken and for the record, the local inhabitants call this place Earth.

HOMESTON: Yes, hello Alley, we are reading you, although there is quite a bit of interference but it appears to be coming from your end. Describe to us what you are seeing. Is there, as we suspected, intelligent life there?

ALLEY: Yes, the noise you hear is coming from my location. There is quite a bit of it, and that is contributing to the interference. Intelligent life, yes, good question. I’m thinking it depends on how you define “intelligent.” Let me put it this way: there is life here and plenty of it and they are making a lot of noise which is the continual dull roar you are hearing in the background. I appear to have ended up in some sort of sporting contest. Well, there appears to be several competitions going on simultaneously.

HOMESTON: What sort of competition? Are they competing for food resources? Is it some sort of life and death struggle happening right in front of your attitude?

HOMESTON: Huh? What? What could be more important than food and resources? ALLEY: Well, they appear to be competing over a brown and white orb with laces. It has a peculiar shape. At least that appears to be the focus of everyone’s attention. To some extent, anyway, it is hard to explain without the video.

HOMESTON: You realize you are making no sense at all. But, of course, that is why we sent you there. We are working on the video end now. We think we’ve located the problem.

ALLEY: Yes, let me see if I can give you a verbal description of what is going on right in front of me: there are these Earthlings, clearly of the female variety, and they are doing, ah, what do I want to call it, a dance of some sort. Jumping around in unison and twirling. Then, on the end of their hands are these, ah, these, ah things.

HOMESTON: Sorry, we lost you for a moment again. We had to swap out the decelerator for a new one. Okay, good, looks like we have video. Ah, yes, we see what you mean now. Definitely of the female variety. I thought you said the video would help, because we are still not sure as to the exact nature of this resource gathering. We will take a moment and run it through the Earth Explainer.

HOMESTON: Yes, that is why we sent it ahead of you several months ago to wander about the Earth and collect preliminary data. Okay, we have something for you. Apparently, these are what are called “cheerleaders.”

ALLEY: So, what the Earth Explainer is telling you is that these females types are leading the onlookers in being cheerful? Because, yea, some people look downright angry, while others are well, I don’t know, cheerful isn’t the word I would use. Some ARE cheerful though, but they are not looking at the cheerleaders.

HOMESTON: Maybe that is why they are called “cheerleaders.” To help the populace remember to be cheerful about having secured adequate resources. But, as you know, the Earth Explainer oft times has some cryptic explanations because it is telling us from observation of many light years away. That is why we sent you there, to help us understand the nuances and deeper meanings and things of significance.

ALLEY: Significance, ummmm, interesting idea. Yea, I didn’t realize the expedition would prove this difficult. Indeed, as I mentioned before, there is something that the cheerleaders are holding. It is difficult to describe: looks like jangly, feathery things connected to their hands in some fashion. Yea, that doesn’t quite do it. I will point the camera and zoom in on them. See what the Earth Explainer has to say about the things they are holding.